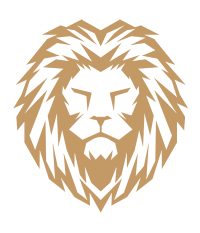 An off-duty policeman turned a hot pursuit into a naked arrest when he spotted a wanted criminal in a Swedish sauna.

Through the steam of the Stockholm sauna, the policeman suddenly realised that one of the men sitting next to him was a drugs offender on the run.

In a Facebook post, Rinkeby district police praised the policeman for keeping a cool head despite the heat.

“We are everywhere. Even if you don’t see us, we are there,” the post said.

It was potentially dangerous, as the fugitive had also been found guilty of attempted assault.

“It’s easier to take action when you have your colleagues with you, and all your kit. This was as stripped-down as it gets,” said Rinkeby deputy police chief Christoffer Bohman.

“By coincidence, and rather amusingly, they recognised each other in the sauna,” he was quoted as saying.

The sauna manager, speaking to Swedish daily newspaper Aftonbladet, said that “when the policeman saw him, he came and said nobody should go in or out, then he called for reinforcements and took him”.